Do you have one of those places visited in your childhood that you will never forget?  Is there an iconic restaurant that you dined in as a child or a place that you were allowed to be grown up in?  Is it still there? 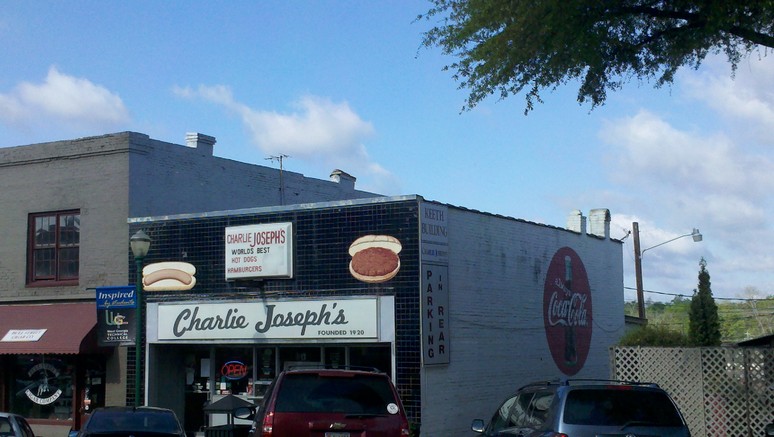 Charlie Joseph’s is one of those places to me.  My father would send us from his uptown office to Charlie Joseph’s with a few dollars, real money, along with his order.  We would walk up to the outside window and order tube steaks with chili and cheese, and chips to take back to the office for lunch.  It made us feel so grown up to be given that responsibility. 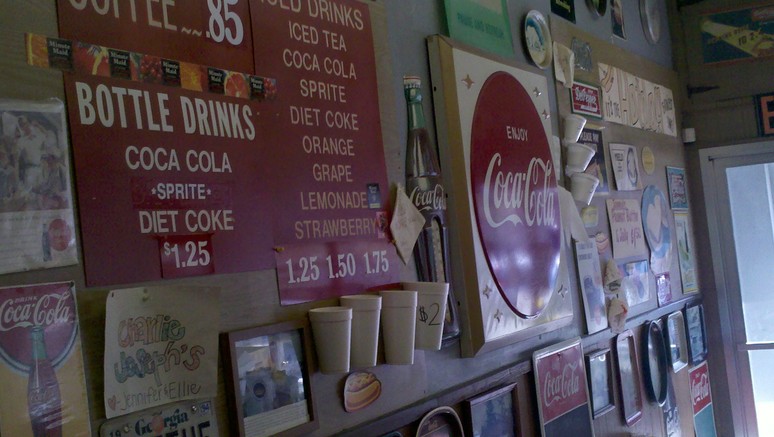 Charlie Joseph’s is iconic in my small town.  It has been there since time immemorial.  My Aunt would take us there as small children where we dined inside to the juke box sounds.  She said that Charlie made his own hot dogs from fresh meats, spiced just right, ground and stuffed right there.  Although I do not believe that they do this anymore.  Only Coke-a-Cola products are served at Charlie Joseph’s 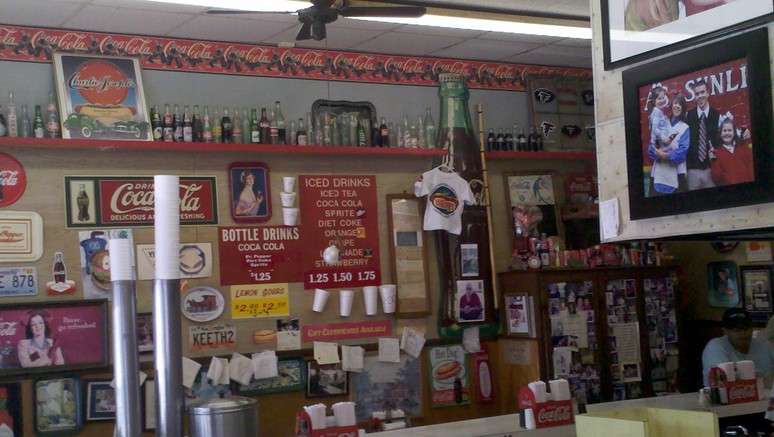 Trent sends Sybil out for tube steaks from Charlie Joseph’s in “Red Clay and Roses”.  It is the only dining establishment in my small hometown from my youth that remains fully functioning on Bull Street Downtown.  They have even opened another one on West Point Road.  It has been passed through three generations. 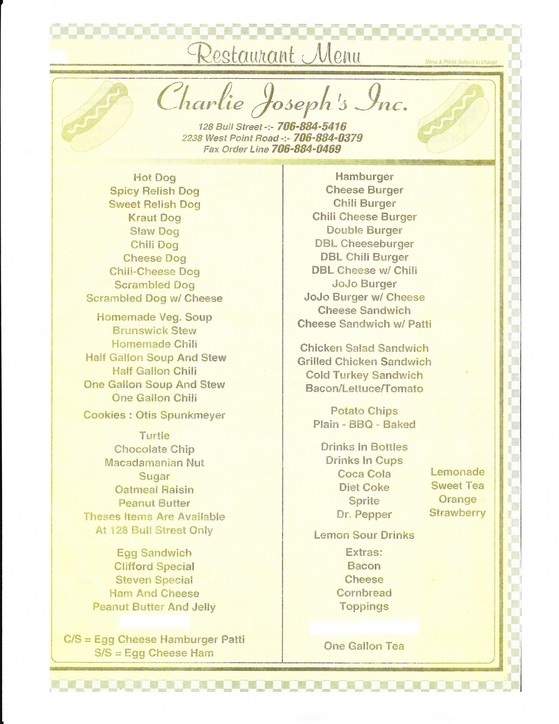 In 1985, Joey Keeth purchased Charlie Joseph’s from his uncle, Solomon Joseph, and opened a new location at 2238 West Point Road, LaGrange, Georgia in 1992.  Joey Keeth has worked at Charlie Joseph’s for over thirty-eight years.  Joey Keeth values the lessons learned over the years working with his family, and looks forward to sharing them with future generations in his family to come.

What Icons remain in your hometown? What responsibilities did you have as a child that made you feel grown up, or important?

S.K. Nicholls is an RN, author, and artist who lives with her husband in an artsy fishing village on a tiny Florida island called Matlacha (Matt-La-Shay). In her youth, she resided at the Ethel Harpst Home for Children and Youth in the North GA Mountains, with extended visits with her grandparents. Four adults call her mom and four little people call her grandmother. Her dharma involves creative expression. View all posts by S.K. Nicholls